The Restaurant Opportunities Centers (ROC) United has a long history of making demands of the restaurant industry and attacking those who don’t comply. But ROC and its New York City restaurant COLORS have once again failed to live up to the organization’s own standards.

ROC has been accused of failing to pay its employees, while current and former staffers describe the workplace as “traumatizing,” “unprofessional,” and “toxic.” If ROC can’t operate a restaurant under the very policies it lobbies for, what credibility does it have to demand other restaurants adopt those very same policies?

COLORS has been described as “one of the most abusive” restaurants in New York City. At its founding, workers were promised ownership in exchange for working long hours of “‘sweat equity’ without pay.” Seven of these workers later sued after ROC allegedly broke its promise, and even expelled the workers who dared to voice their grievances. Workers allege that ROC and its founder, Saru Jayaraman, employed intimidation tactics to silence them. One plaintiff was blunt: “They were doing the stuff that union busters do.” The workers’ attorney described ROC as “very top-down in the worst fashion of left dictatorial politics.”

ROC’s chef partner with COLORS, Daniel Patterson, has his own legal problems. Patterson’s ROC-approved empire of restaurants has fallen apart out west, with one chef suing Patterson over “breach of contract, fraud, failing to pay suppliers, and other misdeeds.” One of the chefs was blunt about Patterson: “He wanted to use me/us as a way to keep his restaurant sites operating…and it gave him a good social justice story to boost his carefully crafted media image.” 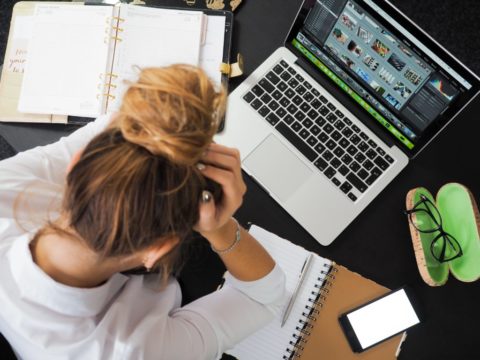 The New York Times profiled the “misadventures” of ROC’s restaurant COLORS, and found a trail of disaffected staff who left after not being paid on time. One employee interviewed by the Times, whose paychecks from ROC were arriving late, described his experience:

[ROC’s] point of view isn’t working right now, so I don’t want to be on a sinking ship when I also have bills to pay.”

Confronted by the Times about her organization’s failings, Saru downplayed it with a passive response: “I’m sure mistakes were made, things were challenging.” Yet ROC has targeted other restaurants for the same failure, and used unrepresentative claims of late payment to suggest large swaths of the full-service restaurant industry are bad actors.

Less than a month after its grand re-opening in New York City, the head chef COLORS restaurant Sicily Sewell-Johnson received a text from a ROC executive informing her that the restaurant’s funding was being pulled. Sewell-Johnson was told that she, along with 15 other employees, would be left jobless. Even worse, Sewell-Johnson claims that ROC had failed to put in place the basics such as payroll, health insurance, and workers’ compensation. Due to the lack of health insurance, which was promised by ROC, Sewell-Johnson even had to pay out of pocket for an injury she sustained on the job.

In the exposé “ROC Confidential,” a former ROC employee described his experience working for ROC’s COLORS location in Detroit. Staffers noticed a disconnect; while ROC demanded that other companies provide benefits such as paid leave, ROC wasn’t providing a similar set of benefits to COLORS staff.

The ROC employee signed workers at COLORS up for the staff union and asked ROC for voluntary recognition; the next week, ROC shut down the restaurant. He described his disappointment: “Because ROC was a self-proclaimed advocate for workers’ rights, [I thought] that they would never union-bust their own people.”

ROC’s reviews on the workplace website Glassdoor are poor. One former employee called their time working for the ROC “traumatizing.” Another former employee described ROC as having “an extremely toxic and unprofessional environment,” and went on to say that they find it “interesting that the organization externally speaks so much about the plight of workers (restaurant workers), but internally has no consideration for its own workers.”